How To Ride A Motorcycle: A Pillion’s POV

Earlier this month, I was opportune to take the new Kawasaki Versys 300 to my nearest hill station, Lonavla. The ride is defined by hairpin turns and beautiful boulevards. A trip that I was craving after a rough week.

However, I was not alone. One of my fellow riders, and a good friend, Neil said that he would accompany me. I marked it in my personal diary as my first ride with a pillion on an ADV. The Versys put up a good fight against the steep slopes and deadly turns with ready-t0-push power at the brim of the throttle. But you need to read a different textbook when you’re riding with a pillion.

So here are some pointers that a pillion has to keep in mind before getting on a bike.

Here’s How to Ride a Motorcycle

Hugs are not weird if your life depends on it. We as riders love hugs, only because it gives a better understanding of the pillion of our movements. However, a grip too tight or too loose can both be obstructive. The pillion is expected to hug the pillion somewhere between ‘hover hands’ and ‘death grip’. This becomes crucial on a small bike with high power where a pillion can upset the balance and act as an unpredictable counterweight.

It goes without saying, unpredictable is no good, especially during a curve. A rider’s focus on the turn is not the only thing that matters when riding with a pillion. Personally, I would like my pillion to look into the curve where the bike is headed. Pulling your arms around is a signal

Pulling the passenger’s hand around is a subtle invitation to be a part of the next dangerous thing that the rider is about to do. It can vary from downshifting and pulling a wheelie or nose-diving into a corner. However, it is the pillion’s responsibility to dial their senses to 11 and analyse the situation accordingly.

Grab bars are meant for the pillion to grip on to something during the ride. However, many of the riders would prefer if their pillion leave the grab rail untouched. Grab bars are usually found below the thighs of the pillion or at the behind. In these positions, the pillion will most likely roll off the bike when the rider launches the bike into hyperspeed. Hence, it is better to hold the rider instead of the grab bars. The foot-peg on a motorcycle is not primarily built for comfort. However, the pillion is expected to use one. Being too tall or too short does not justify reasons to rest your foot on the exhaust. The hot pipe might not only burn your shoe but also make it difficult to get the rubber of the exhaust. The same goes during mounting and dismounting from a bike. While getting down on the right of the bike a pillion should make sure that he/she steers off clear of the pipes.

Braking calls for a different position during riding. High speeds on a bike are always coupled with hard braking and bashing your chest into the rider’s back will only add to the unpredictable weight on the rider. Personally, I would prefer my pillion to balance themselves by using the tank. This puts less weight on me at the same time being least intrusive. 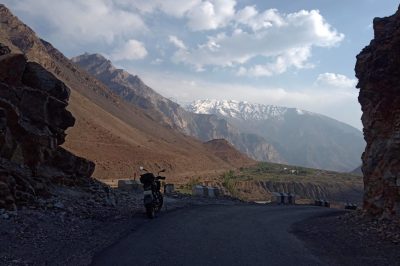 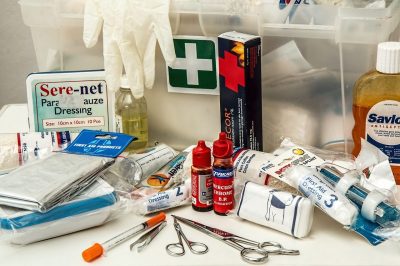 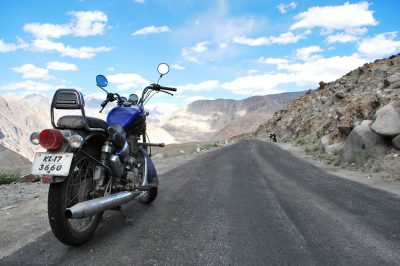